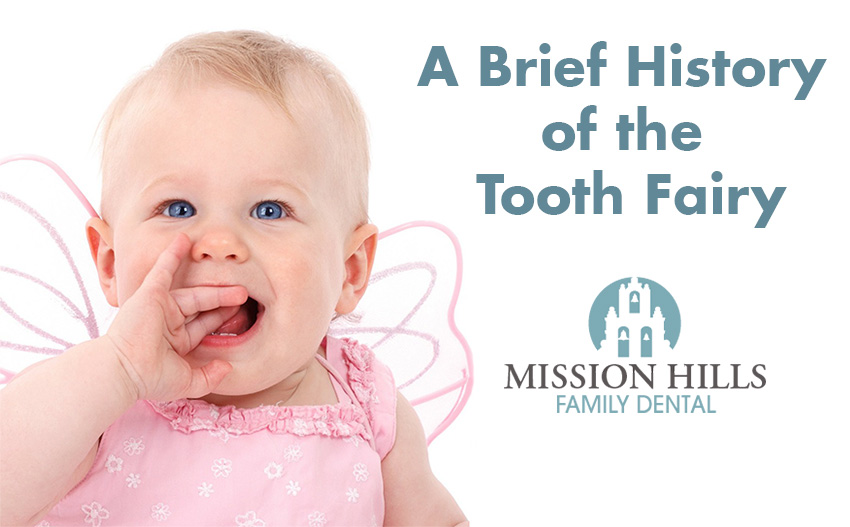 We here at Mission Hills Family Dentistry wanted to kick off the coming holiday weekend with a fun blog post! Because who wants to learn about the dangers of not flossing going into the 4th of July anyway? So let’s talk about the Tooth Fairy! Losing baby teeth is a rite of passage for all of us. Whether they just fall out or you tie one end of a string to the tooth and another to a doorknob, they all find a way out of our mouths and under our pillows. But where did this idea come from, this giving of gifts for lost baby teeth?

The concept has actually been around for centuries. The tradition is mentioned in some of the earliest Norse and Northern European writings, the Eddas. In this early tradition, a child would be given a tand-fé (tooth fee) for his or her first lost baby tooth. The Norse took teeth and other things belonging to children into battle with them as good luck charms, so they would often pay a child for a tooth.

The Evolution of the Tooth Fairy

While traditions surrounding lost baby teeth have been around for a while, the earliest mention of the tooth fairy, as we know her today, appeared in a 1908 edition of the Chicago Daily Tribune:

Many a refractory child will allow a loose tooth to be removed if he knows about the tooth fairy. If he takes his little tooth and puts it under the pillow when he goes to bed the tooth fairy will come in the night and take it away, and in its place will leave some little gift. It is a nice plan for mothers to visit the 5-cent counter and lay in a supply of articles to be used on such occasions.

While there aren’t many details to be found regarding the tooth fairy’s appearance, according to a 1984 study, an overwhelming majority of people – 74 percent, in fact – believe the tooth fairy is female. She might look something like this: 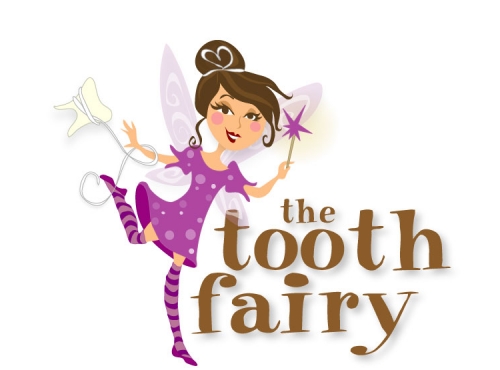 Nowadays, though, thanks to movies and TV shows, “she” may appear in some minds as a “he” instead:

Whatever his or her appearance, though, the fact is the tooth fairy will be flitting around well into the future doling out prizes for those precious baby teeth.

Parents, you may be asking yourself what exactly you should leave under the pillow for that tiny tooth. While any treat you give is completely up to you, it may benefit you to know that the average going rate for a baby tooth in 2013 was $3.70. But let’s be honest, your child is just going to be excited and mystified by the fact that some tiny winged creature magically appeared in her room to give her a prize for a lost tooth.

Want to make the moment even more magical? Check out these fun tooth fairy ideas from Pinterest!